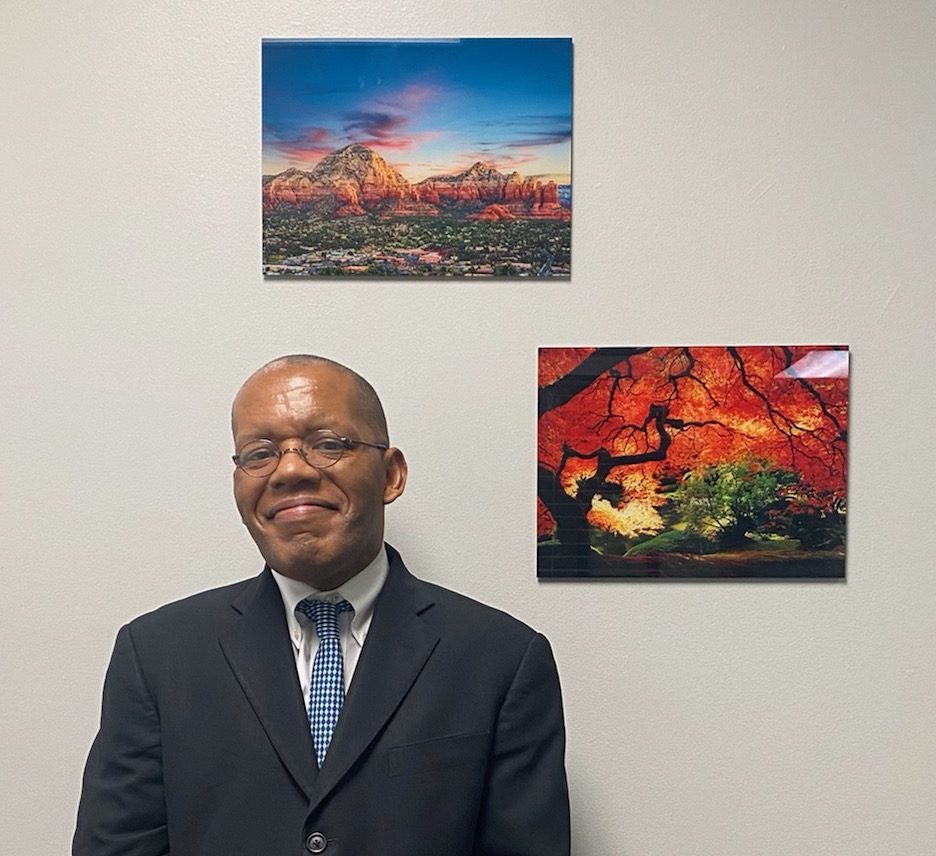 In the 18 years since Jayson Blair was caught plagiarizing and fabricating his way through stories he wrote for The New York Times; public awareness of journalistic missteps has increased and the need for journalists to consistently adhere to high ethical standards has become even more critical.

Blair, 45, reflected on his past wrongdoings during a live video conference Dec. 17, sponsored by the Society of Professional Journalists’ New England chapter. He stunned Zoom participants with a comment early in the discussion.

“If I had to go back through it all over again, to learn the lessons that I did, I would do it,” Blair told SPJ Foundation President Irwin Gratz, who moderated the forum. “It’s a very hard thing to say because it was a very difficult experience and difficult process, but I do think it was a humbling process, and it gave me an opportunity to see a lot of my own weaknesses and failings.”

After being questioned about the comment, Blair attempted to clarify, insisting he didn’t mean he would repeat “the actions,” a reference to his plagiarism and fabrications.

Since the actions, the credibility of the press has been battered from several angles, including other high-profile ethical lapses, such as conflicts of interest by former CNN host Chris Cuomo, an explosion of online disinformation that many conflate with journalism and four years of relentless attacks by former President Donald Trump, who labeled the press the “enemy of the American people.”

Gallup has tracked a dramatic drop in public trust in the news media since the mid-1970s when it was around 70%. This year’s poll found trust at about half that — 36%.

Blair, still a voracious consumer of news and a fan of work by The Times, said he’s concerned that digital journalism is compromising ethics.

“So much of what is called journalism is not reality-based. It’s based on peoples’ opinions and perspectives,” he said. “With the expectations of speed over quality … I worry about accuracy and picking the right stories.”

The 2003 scandal at The Times, now studied in journalism ethics classes, was a microcosm of the sentiment of distrust in the media today. And in the digital age, it is getting harder to stop the flow of misinformation, multimedia journalist and educator Macarena Hernandez said.

Hernandez, a former columnist at The Dallas Morning News and journalism professor at Baylor University, was a member of the same 1998 New York Times intern class as Blair. Blair plagiarized text from her 2003 San Antonio Express-News story about military families, which led to the unraveling of his journalism career. Hernandez wrote about Blair’s theft of her words a month later in a Los Angeles Times essay.

“Now, anyone can make up information from their living room and disseminate it across the world. There’s no editorial overhead to stop it, like with Jayson Blair. There are so many people out in the world now that can yield the same kind of power,” Hernandez said.

A year before the scandal, Blair said The Times helped him go to rehab. As stress picked up and his career there continued, Blair said his pride and inability to ask for help for a second time ultimately led him to make up details in stories and copy other reporters’ work. He said he started his journalistic deceit with small violations.

“I remember the first time it happened. I was sent on a man-on-the-street assignment and freaked out since I didn’t get the quote I needed. I pulled a quote and didn’t attribute it to the Associated Press,” Blair told the Zoom audience.

He said he expected to be “dead” after arriving at work the next morning, assuming everyone would figure it out. But they didn’t.

“The seed was planted in my head. And when more stress hit, that seed was in the back of my mind,” Blair said.

News outlets across the country began reevaluating their ethical practices. Some made their codes of ethics available to the public.

News consumers now have access to a megaphone via Facebook, Twitter and other social media sites and use it both to call out reporters for ethics violations or to accuse them of such behavior, often without plausible evidence. With so much information available online, it is harder for Americans to discern trustworthy sources.

Blair said it’s the job of editors and upper management to guide and supervise reporters to prevent scandals like his. He said it’s easy for mistakes to slip through the cracks when there is lax supervision and inadequate communication within newsroom teams.

“The ultimate impact of what I did was damage to the credibility of a super important institution to democracy, to people’s ability to be informed and trust,” said Blair, who now works as a life and mental health coach. “I think when you do that kind of damage, you have a duty and obligation to give back. … Part of my penance is having uncomfortable conversations like this one, to talk about journalism and ways to help.”

Maysoon Khan is a journalist at The Boston Globe, where she covers breaking news and provides research for investigative reports by the Spotlight Team. Follow her on Twitter @MaysoonKhan.