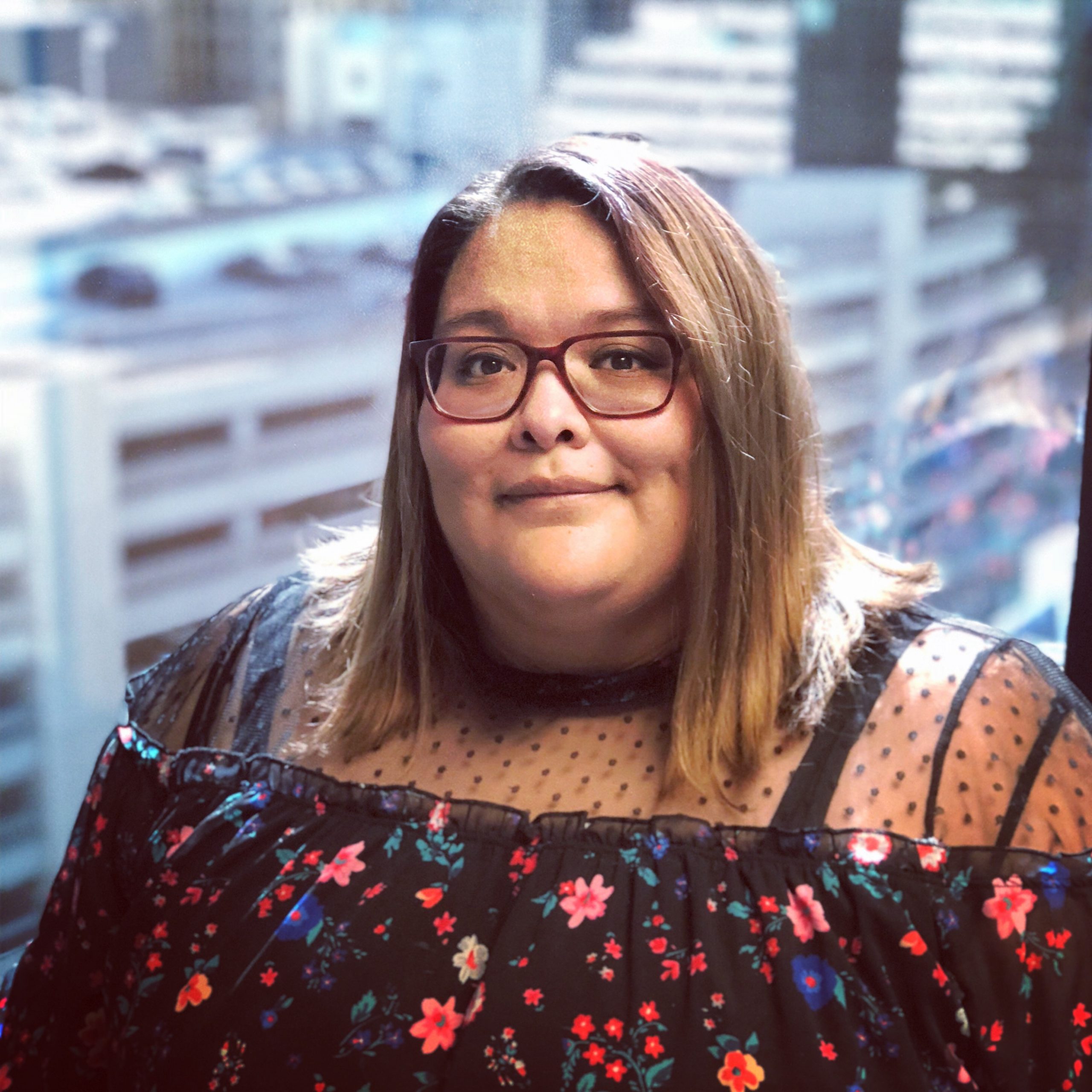 Reporter wanted to tell Indigenous stories, so she created a new beat — twice Growing up on the Navajo Nation, Shondiin Silversmith could pick up a local newspaper and read stories about her community. But as soon as she left the 27,000 square miles of Navajoland, she stopped seeing herself reflected in newspapers, even in bordering cities like Flagstaff, Arizona.

Silversmith had long dreamed of being a reporter who told Indigenous stories.

Ten years into her journalism career, Silversmith has built an Indigenous affairs beat at two news organizations in Arizona, rebuilding trust with Native communities and covering a diverse group of tribes with empathy and cultural understanding.

In school, at internships, on jobs, Silversmith encountered professors, mentors and editors who encouraged her to use her unique perspective to find stories and many others who told her nobody would be interested in the stories she wanted to write, she said. A professor once told her he wanted her to be just a journalist, not an Indigenous journalist.

Her passion for telling stories centering the 22 tribal nations in Arizona led her to build her first Indigenous affairs beat at the Arizona Republic, the state’s largest newspaper, and her second recently at the Arizona Mirror, a nonprofit news outlet that connects “public policy with the people it affects.”

It’s a big but important task, as Arizona has about 300,000 Native residents — the third-largest Indigenous population in any state — living both in tribal nations and cities. Each tribe has unique cultures, traditions and governing bodies.

Building the beat has meant rebuilding trust between journalists and many of the communities she covers, knowing how to tell stories while being respectful of tribes and making sure she isn’t just parachuting into a community, taking a story and disappearing, Silversmith said.

“I feel that until journalism understands that communities of color and underserved communities deserve coverage that is consistent and ongoing, that’s when I feel these communities will start trusting journalism more,” she said.

Debbie Nez-Manuel, a citizen of the Navajo nation and an Arizona Democratic National Committee member, was surprised and excited when she learned Silversmith planned to focus her Arizona Republic stories on Indigenous communities.

Silversmith wrote a story about Nez-Manuel’s late husband, Royce Manuel, in July, a tribute to his work as a Salt River community leader and basket weaver. She also has written about murdered and missing Indigenous women, code talkers, Native American college students and how tribes responded to the COVID-19 pandemic.

“It wasn’t a perspective of Native American issues or stories through some non-Indian,” Nez-Manuel said. “It was actually a Native American who really understood the context of the story, which made it even more powerful.”

Her Indigenous affairs beat at the Republic started in 2019, after she was asked to speak at a diversity committee meeting about the importance of covering Arizona’s tribes more consistently. After the meeting, the executive editor asked if she wanted to create the beat.

Until then, Silversmith had been a producer for AZ Central, the Republic’s website, though she still wrote and produced stories about Native communities. She took the new job without an increase in her salary, which she said was under $40,000 a year. She also worked as breaking news editor one day a week.

“I’m thankful to Shondiin for her work during her tenure at The Arizona Republic and wish her all the best in her new role,” Executive Editor Greg Burton said. “The Indigenous beat is important to us and is covered by three dedicated individuals.”

Silversmith said her salary was less than the median for women of color at the Republic. Burton did not comment on alleged salary disparities.

Silversmith said the pay study made her realize her work was undervalued. She has since left the Republic and is building an Indigenous affairs beat at the Arizona Mirror, where she says her salary is much higher.

When Mirror Editor Jim Small got an opportunity to expand the newsroom, he wanted the growth to reflect the newspaper’s mission to tell stories from underrepresented communities, he said. He was impressed with Silversmith’s ambition to tell stories of Indigenous residents.

“It’s absolutely thrilling to have her doing work for us and have someone who is herself Indigenous and lives in Navajo Nation and is embedded in those communities be able to tell stories from those communities,” Small said.

It was hard for Silversmith to leave the Republic after creating her first beat there and gaining the trust of the state’s Indigenous communities.

“I built that beat for them. So yeah, it was hard for me to want to leave that behind,” Silversmith said, “I knew I was not being treated fairly there. I knew I was worth a hell of a lot more than what they were paying me.”

Silversmith often reminds herself how hard she has worked to become an expert in Indigenous affairs reporting.

“Having the Arizona Mirror kind of recognize that, it doesn’t make me second-guess myself anymore,” Silversmith said.